The Apple Watch had a growth spurt in 2018 when the two size options went from 38/42mm up to 40/44mm. A photo of a wrist strap, one presumably for the Apple Watch Series 7, hints that the new model may grow by another millimeter.

The image shows a close-up of an encircled “45 MM”, which is the way Apple marks wrist straps since ones for different sizes are (normally) not interchangeable. This image ties into what leakster Uncle Pan was saying a few days ago – that the Series 7 will come in 41mm and 45mm sizes. 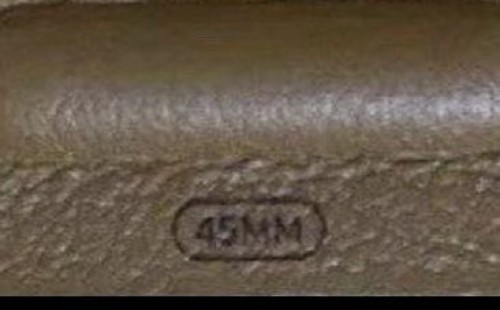 We’ve been hearing about a redesign for Apple’s smartwatch, that will include a larger battery, flat sides and thinner bezels. The CAD-based renders from earlier this year offered no hints of a size increase, however, not for the watch itself and not for its screen either (which should have been a given, if the bezels get slimmed down).

Interestingly, Uncle Pan claims that (despite the label) the new wrist straps will be compatible with the old 44mm ones, i.e. the attachment point remains the same. This is good news if you have a favorite strap on an older Watch.

The Apple Watch Series 7 will most likely be unveiled alongside the new iPhone 13 generation. From what we’ve seen so far, the iPhones will go on sale on September 17.