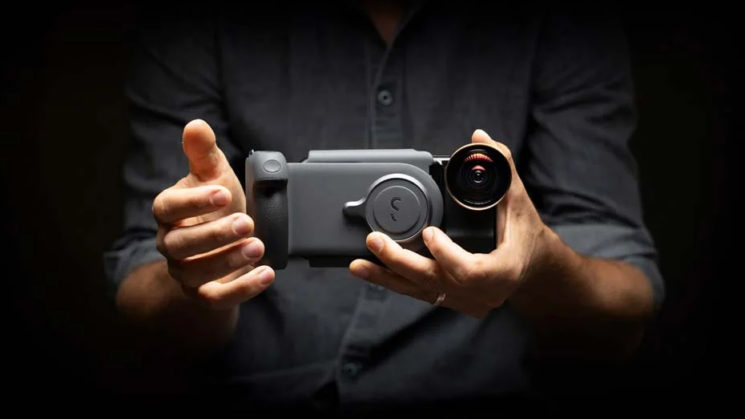 While smartphones haven’t quite taken over from DSLRs and mirrorless cameras in the professional world, their popularity as cameras is in no doubt. In an attempt to make your smartphone feel more like an actual camera, though, ShiftCam has launched the ProGrip, an ergonomic multifunction grip for your smartphone.

It gives you more of that feel you get when you hold a “real” camera with an actual grip designed for your hand and a shutter button placed you’d find it on just about any DSLR or mirrorless camera. It also acts as a wireless power bank and will let you switch between landscape and portrait mode without having to contort your wrists.

This isn’t the first device of its type, although it does pack in a number of useful features – especially if your device supports wireless charging. I’ve found the evolution of these types of devices quite interesting. Even more so since I started shooting more small and lightweight mirrorless systems over the last couple of years.

The grip features a built-in shutter button that’s compatible with pretty much any smartphone as it utilises Bluetooth. This means that it should also work with just about any camera app, too, or video apps to start & stop recording without having to shift your hand over to the touchscreen. The Qi Wireless battery bank isn’t huge at 5,200mAh, but it’s enough to give most smartphones a good full charge to keep you going all day. 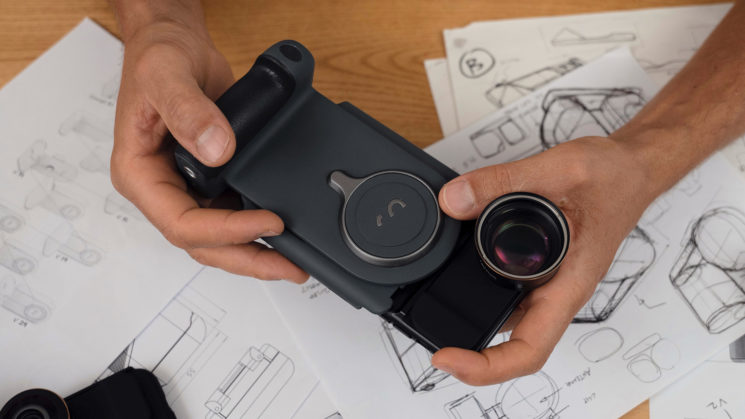 Unlike many products of this type, this one isn’t limited to the iPhone. Of course, it’s compatible with many of those, too, but it’s also compatible with any other smartphone between 84 and 173mm wide – with or without a case. And that you can use it with a case means you also have the ability to use most of the wide array of 3rd party smartphone lenses on the market.

It also features a built-in pivot rotation system allowing you to quickly switch between horizontal and vertical orientation for when you’re done shooting landscapes and want to grab some videos for your TikTok. A cold shoe mount and a 1/4-20″ tripod mount also let you attach accessories like lights or an external microphone.

As smartphone grips go, it looks pretty decent and the price isn’t too terrible, either, if it works as advertised.

The ShiftCam ProGrip initially launched on Kickstarter where the campaign ended raising over $700,000. Now, it’s available to pre-order for $119.99, with shipping expected to begin at some point during September, according to the product page. You can find out more on the ShiftCam website.

WhatsApp vs Threema: Who is the winner?