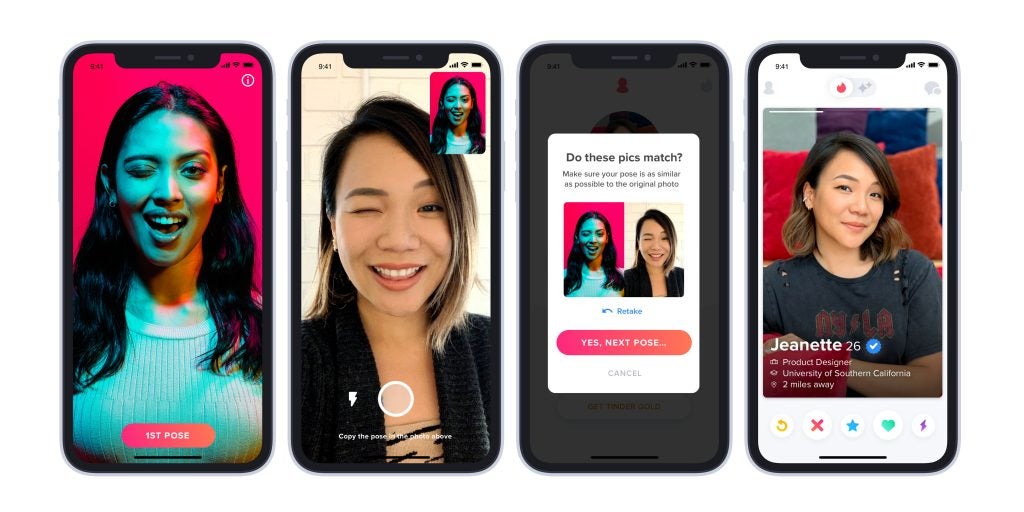 Dating app Tinder is planning to enabling worldwide users to verify their identity, but on a voluntary basis initially.

The free new feature, announced today and coming this year, is designed as a safety feature and give users more confidence in their matches, is already live in Japan due to local laws.

ID Verification will build upon the existing Photo Verification feature and will enable users to securely upload documents so other users and potential matches know those people are who they say they are. The company says (via TechCrunch) there’ll be a new badge to accompany the blue tick for photo identification.

It’ll be a great way for users to see whether their potential matches have been given the once over by Tinder. Tinder’s policies already preclude those with a history of sexual misconduct from being on the app and it’s thought that Tinder’s verification process will cross reference users with sex offenders registers too.

The scheme will not be mandatory, at least initially, but it’s likely users will be encouraged to verify if they fancy their chances of finding a date via the app. The company also acknowledged that, in some countries and communities, the prospect of having to verify their identify might be prohibitive and even dangerous.

“ID Verification is complex and nuanced, which is why we are taking a test-and-learn approach to the rollout,” said Rory Kozoll, Head of Trust & Safety Product at Tinder, in a blog post.

“We know one of the most valuable things Tinder can do to make members feel safe is to give them more confidence that their matches are authentic and more control over who they interact with. And we hope all our members worldwide will see the benefits of interacting with people who have gone through our ID verification process. We look forward to a day when as many people as possible are verified on Tinder.”

Do you agree with Tinder’s plans to add ID verification moving forward? Let us know @trustedreviews on Twitter.