When it comes to smartphone storage, there has been significant growth in the past few years. When buying a smartphone, internal storage capacity is usually a strong consideration. Back in the day, it was always a difficult task to choose between the 32GB and 64GB models. Of course, as the camera department kept developing, the storage space started becoming inadequate. In the past two years, the onboard storage of mobile phones has increased. The least we can find on flagship smartphones today is 128GB. Most 2021 flagship smartphones have a 512GB storage model. Despite the 512GB model, there is still a need for more. Over the past few days, there have been reports that the upcoming iPhone 13 will have a 1TB onboard storage version. 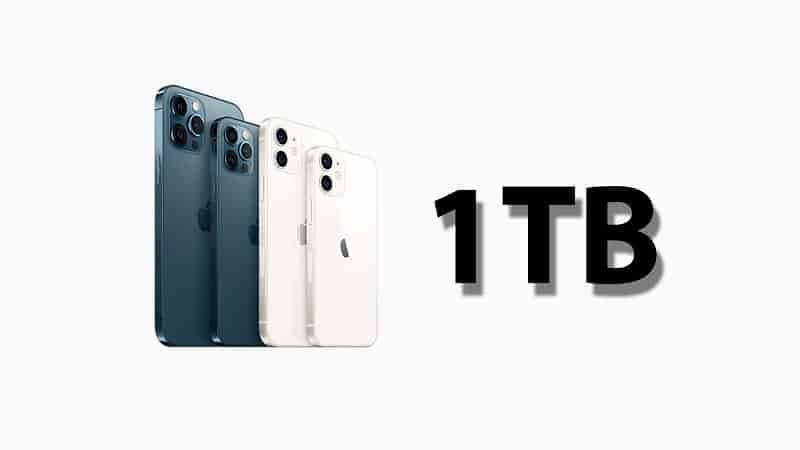 1. Does the iPhone need 1TB storage?

Among Apple’s current products, only the iPad Pro with M1 chip has an optional version with 1TB storage. This Apple’s most productive tablet is often used as a “coolie”. It has long been engaged in professional work such as video editing, 3D modeling, and graphic design. With these usabilities, there is a need for more storage by the day. Therefore, the iPad Pro with an M1 chip already supports up to 2TB. 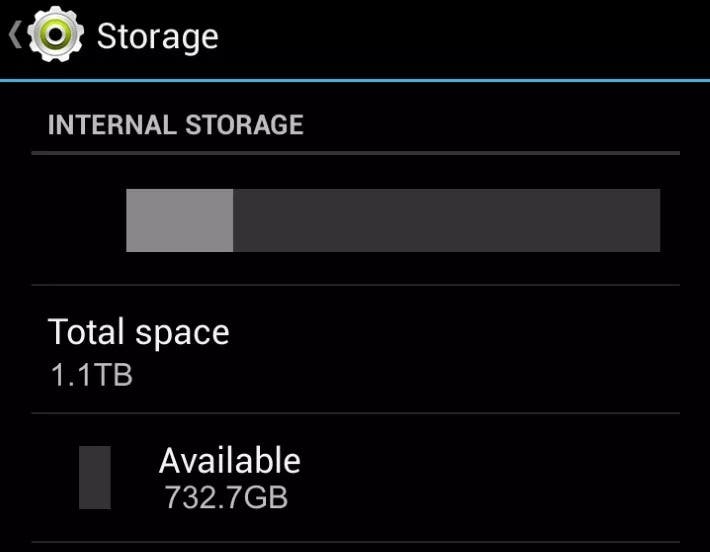 What about the iPhone?

Apple has always compared the iPhone with making movies. Most iPhones support the shooting of 4K+60fps video. Under this specification, a one-minute video is about 400MB. This means that 512GB of storage can store only about 21 hours of video.

The iPhone 12 model began to support 4K + Dolby Vision + HDR video shooting, with higher specifications and larger video per unit time. For users who like to Vlog, it is possible that they will easily consume 512GB.

In addition, iPhone 12 Pro and iPhone 12 Pro Max support shooting photos in ProRAW format. The size of ProRAW files is 10 to 12 times that of HEIF or JPEG files, which means that a photo may exceed 20MB.

In view of this, for users who love to “play with computers”, 512GB of storage space will easily be consumed. Furthermore, there are reports that the iPhone 13 camera will come with significant upgrades. Also, Apple will decentralize the LiDAR to the normal version and will even support 8K shooting. These are upgrades that will require more storage space. Thus, from the reasons above, does the iPhone need 1TB storage? You can answer this question in the comment section below

Thus, if you are an Apple fanboy and you are having “first” ideas, kill the idea now. Many Android smartphones already beat Apple to it. However, the question is “will 1TB storage become an industry trend”?

Let’s take an example with my smartphone. My Xiaomi Mi 9 SE has 128GB of storage and the photo app/videos occupy 65GB. It is important to note that I’m not a photo freak by the way. The system occupies 10GB, and the system data occupies 12GB. The audio files take 1GB while other files take about 13GB of storage space. If you add these together, you will see that these occupy over 100GB and I’m left with a little over 25GB. This is a smartphone that does not have any games. It does not also have any demanding professional application. Some games today with all their assets can weigh up to 4GB. You know what it means if I should install five or more of these games on this smartphone.

I think that my mobile phone receives various work files every day, and the files are transferred between various apps to produce various copies. For someone like me, 128GB seems inadequate but 256GB is certainly enough. However, I think I am at the lower echelon of smartphone users. What about folks that have up to 100 movies on their smartphones? What about those that have up to 5000 images and videos?

If 1TB becomes a common option, it will be more of a “wallet anxiety” than “memory anxiety”. In the market, a 1TB solid-state drive costs just over $100, and having this on a smartphone is more expensive. It will cost an extra $50 to upgrade a mobile phone from 128GB to 256GB, and an extra $75 to upgrade from 256GB to 512GB.

At present, many mobile phones have built-in cloud disks, which provide some free storage space, and the annual subscription price is around $30 – $40/200GB. It is a better choice for users who often synchronize across devices.

Today, when we change to a new phone, the files, data, and settings in the old phone can be completely synchronized to the new phone. This means that the photos, videos, and App data that we have accumulated in one mobile phone in the past “snowball” into the new mobile phone. This may be one reason why mobile phone storage has increased, but memory anxiety has always existed.

Even so, 1TB of storage may be a little “overboard” for ordinary users. This extreme demand will only appear among freaks or professionals.

These Nikon Cameras and Lenses Belong in Your Camera Bag