Earlier this year, MediaTek unveiled its Dimensity 900 platform as an intermediary option between the Dimensity 800 and Dimensity 1000 series of chipsets. The Oppo Reno6 was the first device to bet in this platform and now Vivo seems to be preparing a device with the very same chip. According to reports, it can be part of the Vivo V21 lineup.

A Vivo smartphone sporting a V2130A model number has been spotted on Google Play Console. Not much is known about the handset right now, but apparently, it will carry the MediaTek Dimensity 900 SoC. This new chip is also based on the 6 nm architecture just like the cutting-edge Dimensity 1100 and 1200 SoCs. The chip brings two ARM Cortex-A78 cores clocked at up to 2.4 GHz plus six ARM Cortex-A55 cores clocked at up to 2 GHz. This chip also packs a Mali-G68 MC4 GPU for graphical tasks. It offers support for UFS 3.1 storage and LPDDR5 RAM. So it’s possible to combine advanced specifications with this platform.

The Vivo V2130A and V2131A both pack the latest MediaTek chipset. It will also come with 8 GB of RAM but there might be other possible variants. Moreover, Vivo will likely bring its virtual RAM feature for an extra 3 GB of RAM. Although the display size is unknown, the device will have a Full HD+ resolution and will run Android 11 straight out of the box. The render also suggests a punch-hole in the center, and we expect a high-resolution camera. After all, Vivo V-series usually packs advanced cameras.

The device will have a Full HD+ resolution with 2,400 x 1,080 pixels. Also, we can expect it to come with at least 90 Hz of refresh rate, and there is a high possibility that it will be an AMOLED screen. Of course, this needs confirmation. 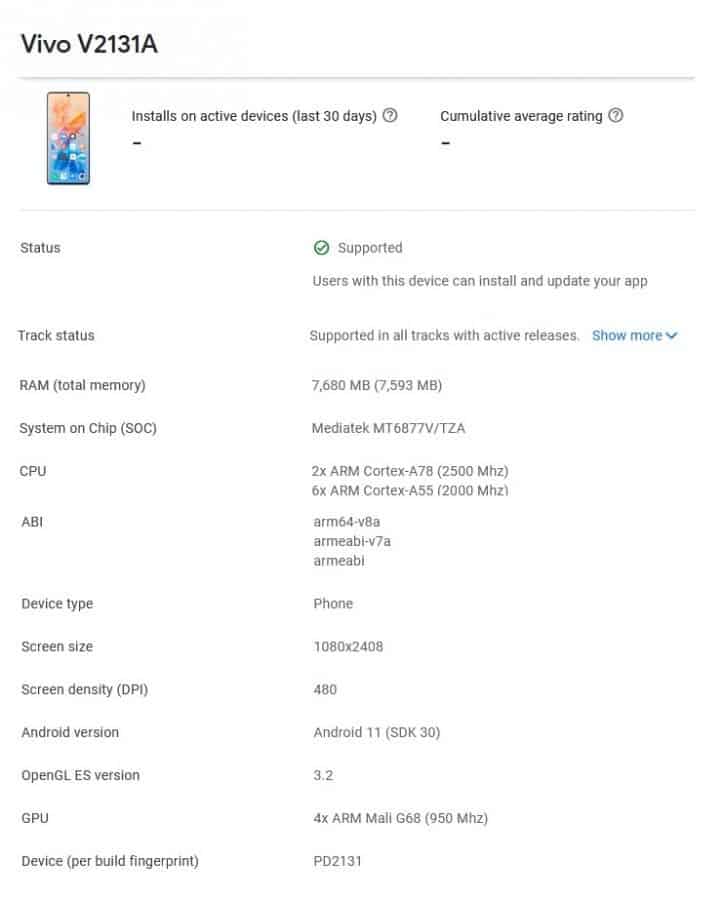 Previous rumors suggested that the Dimensity 900 would appear in the Vivo X70. However, this does not seems to be the case as it would be a downgrade over the Snapdragon 870 on the X60 series. Also, although it looks a lot like a Vivo smartphone, we can’t discard the possibility of it being an iQOO handset.

We don’t know exactly when Vivo will unveil this new handset. However, the next might month may be a good opportunity as the company will unveil the Vivo X70 series. We’ll keep an eye in this handset for more details about it.

Dirk Wustenhagen Photographs Moments of Solitude in a Blur