We’re just a week away from vivo’s X70 series being announced and vivo is slowly making its marketing campaign felt in China. The X70 Pro+ was spotted in a series of posters revealing the phone’s black, orange and blue colorways.

We had already seen renders of the black and orange models but this is our first time seeing the blue version which does look rather interesting. Yesterday we learned that the X70 Pro+ will feature a 50MP 1/1.31″ main snapper (Samsung’s ISOCELL GN1) alongside an 8MP periscope cam with 5x optical zoom, a 48MP Sony IMX598 ultrawide snapper and a 12MP Sony IMX663 for portrait shots. 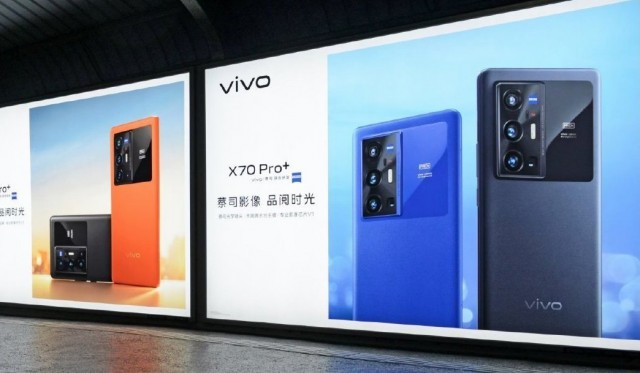 X70Pro+ will be powered by the Snapdragon 888+ chipset and vivo is also bringing its own in-house developed image signaling processor (ISP) dubbed vivo V1. Tune in to our homepage on September 9 for our detailed coverage of the vivo X70 series.