Vivo Y53s price in India has surfaced on the web ahead of the phone’s official launch, which is slated to happen soon. The Chinese tech company is also gearing up to launch a new t1 version the Y53s. The phone has already appeared on China’s Telcom site, revealing its key specs and pricing details.

The Y53s was launched in Vietnam in July this year. It comes with a triple camera setup at the back and a waterdrop-style notch. Furthermore, the phone packs a MediaTek Helio G80 SoC and comes with 33W fast charging support. Other notable features include a 64MP main camera and 128GB of onboard storage capacity. A 5G-enabled Vivo Y53s model was launched in June. Regrettably, Vivo has not revealed details about the model it will bring into the Indian market. 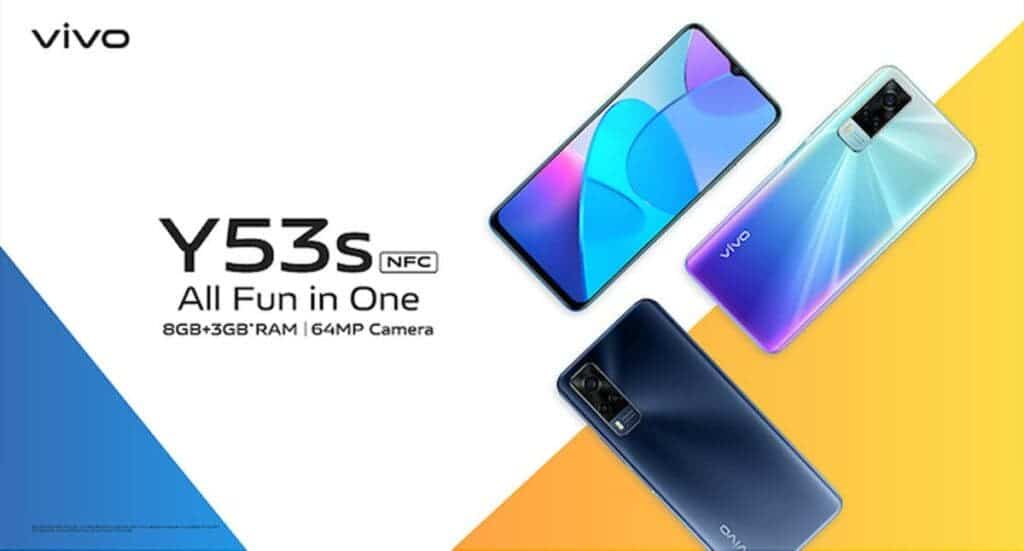 The BIS listing showcased the phone carrying model number V2058. It did not divulge any other details. The device also made an appearance on the CQC website, giving us a glimpse of its charging capabilities. The CQC listing suggested that the phone will come with 33W fast charging (11V, 3A) support. Aside from that, it can charge at 10W (5V, 2A), and 18W (9V 2A) charging speeds.

The Vivo Y53 sports a 6.58-inch LCD panel with an FHD+ screen resolution. The aforementioned waterdrop notch houses the selfie camera. The phone has a MediaTek Helio G80 SoC under the hood. Furthermore, it ships with 8GB of RAM and 128GB of onboard storage that can be expanded via a microSD card slot. 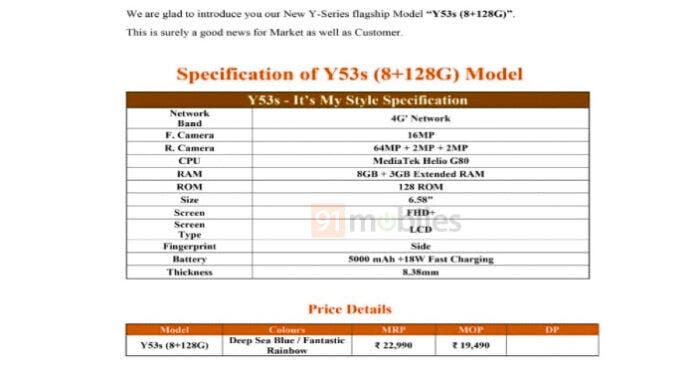 The phone runs the Android 11 operating system out of the box with FunTouch OS on top. A 5000mAh battery that supports 18W fast-charging keeps the device powered up for a long time. As far as connectivity is concerned, the Y53 offers a USB Type-C port, GPS, Bluetooth 5.0, dual-band Wi-Fi, and 4G LTE.

On the photography front, the phone features a 64MP main camera, a 2MP macro sensor, and a 2MP depth sensor. Upfront, it has a 16MP camera to capture selfies and video calling. The fingerprint sensor is located on the side. The phone is 8.8mm thick.

You Quit Your Day Job to Become a Photographer. Now What?