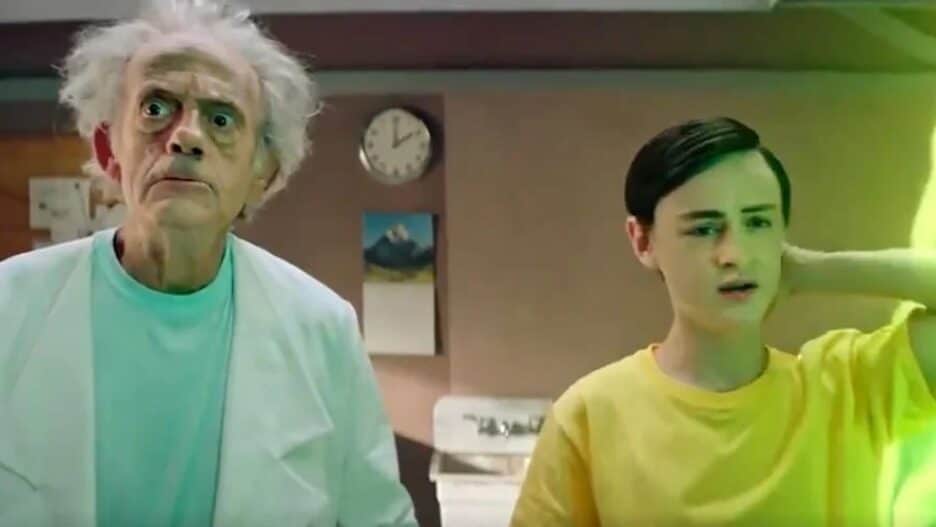 While there are an infinite number of Ricks in the multiverse alongside our own C-137 version, it’s clear where the original inspiration came from – Christopher Lloyd’s ‘Doc’ Emmett Brown.

The show’s name is even a play on the iconic Doc and Marty duo from the beloved Back to the Future movie trilogy.

Fans of the show have long envisioned a live action version of the Adult Swim animated series where the circle is completed and Lloyd takes his rightful place as Rick Sanchez.

A new promo clip for the show, posted to Twitter offers a teaser, alongside Jaeden Martell (from the IT remake) as Morty. The caption for the video identifies the duo as the C-132 #rickandmorty, so it’ll be interesting to see whether our heroes encounter the pair in a future Rick and Morty episode.

Star Wars fans will also get a kick out of the 14 second clip, which you can see embedded within the clip below.

It’s not clear whether this has any relation to the forthcoming episode airing on the network on Sunday night, but we’ve got our fingers crossed for a Christopher Lloyd appearance within the show.

Lloyd added he envisions the two characters sitting down “to have a hamburger or something. I don’t know. But something really way out. Maybe a good writer or something. But I think that would be kind of fun.”