Months after it was originally unveiled, the Sony Xperia 1 III is finally available for pre-order. It should start shipping on August 19 in the US and the UK, in late August in mainland Europe (e.g. Amazon Germany has set the launch date as August 25). And some people have their eye on the Mark 3 flagship, but even more have their eye on its price tag.

Last week’s poll shows that about a fifth of voters are interested in pre-ordering the 1 III. They will receive a free pair of WH-1000XM3 (Europe) or WF-1000XM (US) noise canceling headphones, plus some additional (region-dependent) freebies.

However, an even bigger group, one third of voters, will wait for a lower price. That may or may not work out for them. Sony phones sell in relatively low volumes, so their price is quite stable – both for new units and second-hand phones. 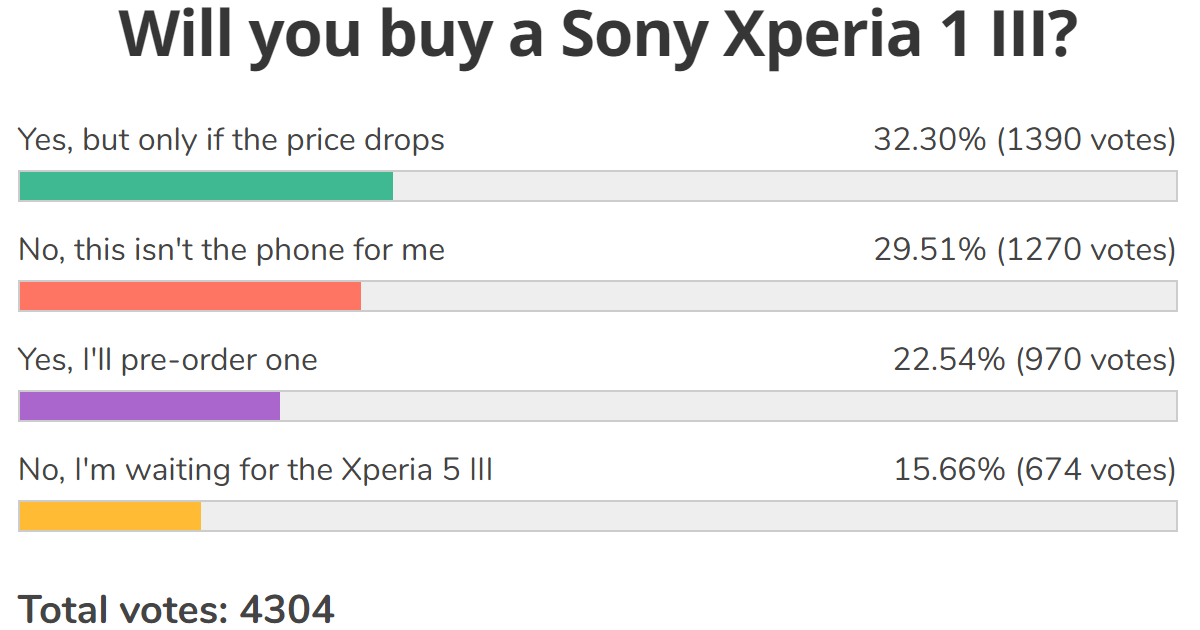 There was some debate in the comments on the merits of the Xperia 5 III over its larger sibling. As we noted in our written and video reviews, that 4K-class display comes with some caveats. It’s still one of a kind, though. Plus, if the older Mark 2 generation is any indication, the smaller phone may get the better battery life.

One advantage of Sony doing its own thing in terms of design instead of following market trends is that it doesn’t have to launch its products in lockstep with the rest of the industry – for better or for worse, no 2021 phone is quite like the Xperia 1 III.