Home » Blog » What is ISO invariance and why is it such a big deal?
Camera

What is ISO invariance and why is it such a big deal?


ISO invariance is a topic that wasn’t really something that most people considered until recently. At least, not unless you were into certain speciality fields like astrophotography. But what exactly is ISO invariance? Well, the over-simplified answer is that your images look the same regardless of whether you boost the ISO in-camera or in your exposure in post.

In reality, it’s a little bit more complex than that, and the implications of whether or not your camera is ISO invariant can have a big impact on how you shoot and what settings you choose to shoot at. But this deep dive from astrophotographer Alyn Wallace goes into great detail on exactly what ISO invariance is and how it can impact your photography.

We’re often told to shoot the required ISO in-camera to get a good exposure. We’re told that if we need to shoot ISO 3200 to get the shot, then we need to shoot at ISO 3200 for the best results. But depending on the ISO invariance of your camera that might not actually be accurate. You may be better off shooting at ISO 200 and bumping 4 stops in post instead.

It all boils down to noise, really. Well, and dynamic range, but we’ll get to that after.

With ISO invariant cameras, if you shoot an image at ISO100, for example, and then boost it up five stops to the equivalent of ISO3200, then it should hypothetically present a noise level that’s virtually identical image to that which you’d have got if you shot at ISO3200 straight in the camera. It’d be pretty much impossible to tell which was which just by looking at the final result – assuming the dynamic range of the scene fell within the capabilities of your camera at ISO3200. 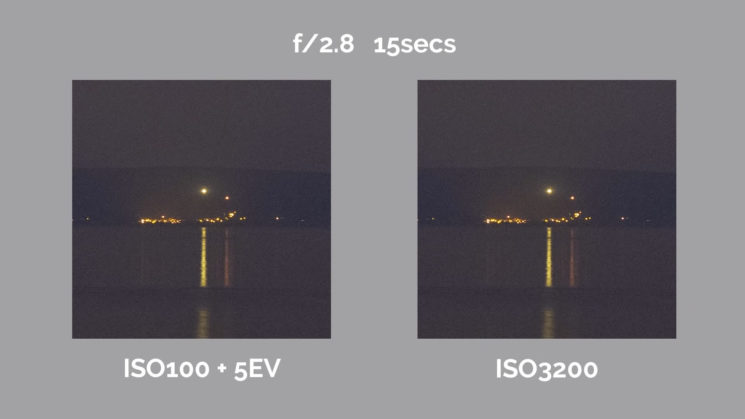 But as Alyn demonstrates, things are a little different when it comes to ISO variant cameras. With ISO variant cameras, ISO 3200 in-camera produces a noticeably better result than images shot at ISO100 and boosted five stops in post. With the image boosted in post, you see a lot more noise and image degradation vs just shooting a higher ISO in the camera. 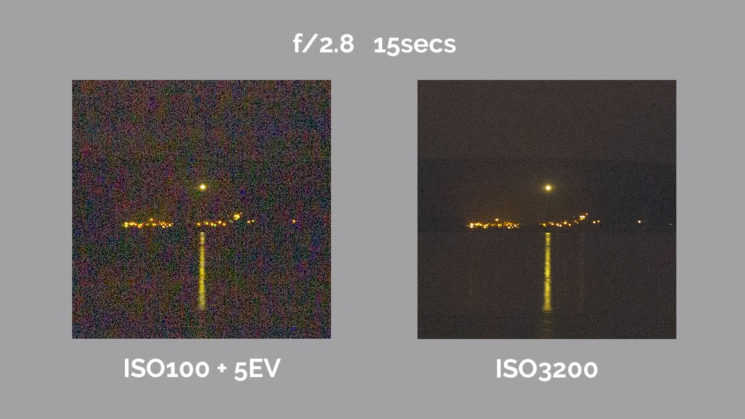 ISO invariant cameras seem to offer a pretty magical exposure solution here. It’s essentially saying that it doesn’t matter what ISO you shoot, you can drag it around in post to get the exposure you need and it’ll look as good as if you shot at that ISO in post… right?

Well, yes and no. It might not affect the noise level, but it will have an effect on dynamic range. Whether your camera is ISO invariant or not, as you boost the ISO in-camera, you’ll reduce the dynamic range available for your scene. With ISO variant cameras, you’re pretty much stuck with whatever you need to get the shot well exposed because boosting it in post doesn’t look as good as getting the right ISO in camera.

With ISO invariant cameras, however, and very counter to the “expose to the right” guidelines many of us have shot with for years, you may be better massively underexposing the scene (even if your image looks black on the back of the camera) and boosting the ISO in post. You’ll have that increased dynamic range of the low ISO, but you won’t see the noise increase that you would shooting at higher ISO with an ISO variant camera.

Alyn found that with the Nikon D750, he was often better shooting his astrophotography and night time timelapses at ISO200 and then boosting in post to get a good exposure because it offered the maximum dynamic range while offering pretty much zero downside over boosting the ISO in-camera. Setting it in-camera, though, would’ve reduced dynamic range and potentially blown some of the unexpected highlights in his timelapse sequences.

It’s a difficult concept to wrap your head around at first and the implications of it can be confusing. But Alyn’s video explains things very well (better than I have here), with some nice visual demonstrations to illustrate the principles.

Whether your camera is ISO invariant or not (and now you’ll know how to find out if it is), this video will hopefully teach you something that allows you to make more informed decisions about your exposure and how to get the best results from your camera.