What Lens Would Roger Deakins Choose? Insights for Cinema Shooters 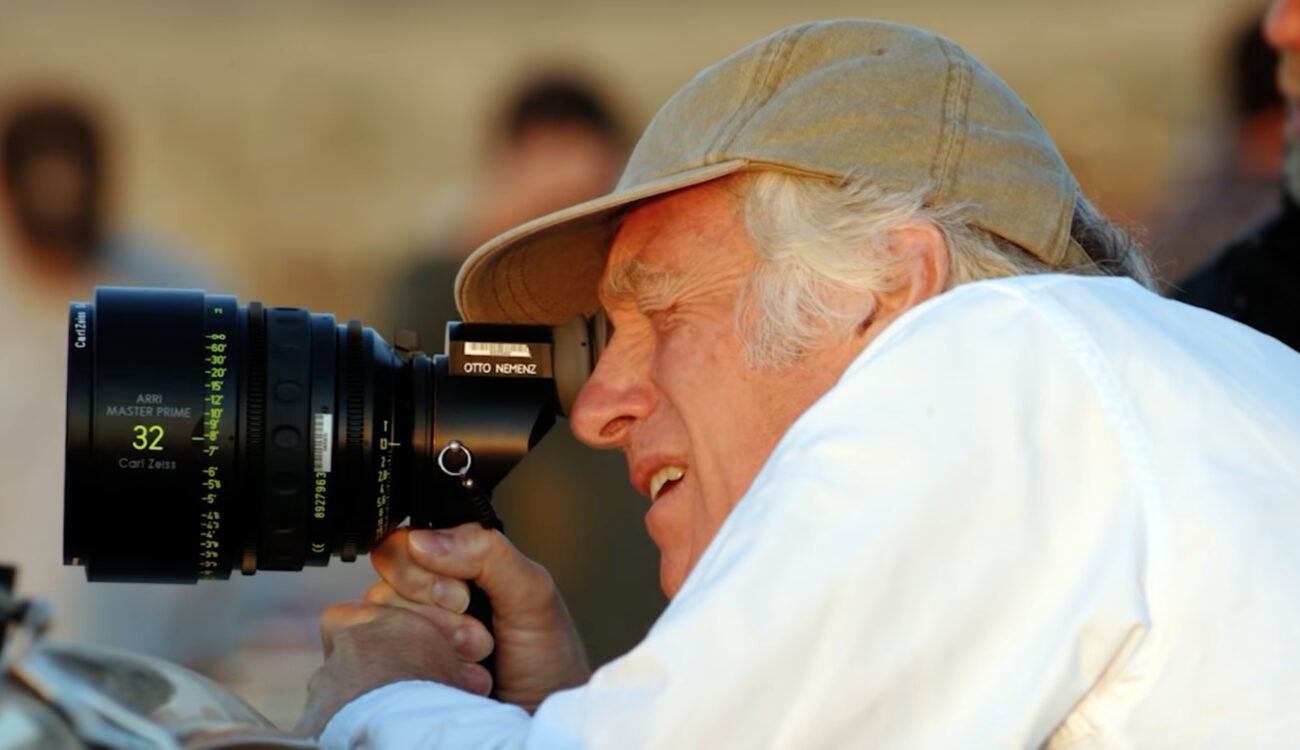 You are composing a shot for your short film or feature and you come upon the most important question of the moment. What lens do I choose? One would think that this would be an easy choice, but there are so many nuances and variables at play. StudioBinder and Roger Deakins have taken the time to help us understand the importance of lens choice for your cinema project.

Certain rules are taught in film schools that guide filmmakers in telling their stories. Screenwriters, directors, and cinematographers alike, are bound by laws both written and unwritten. You must write in a three-act structure! Coverage, coverage, coverage. A closeup always happens with a longer lens. But as we come to know during our experiences making movies, rules are made to be broken. Have a look at the StudioBinder video below.

While we did mention that lens choice for cinema is fraught with nuances and variables, the beginning of your journey is a simple one. Prime or Zoom. Roger Deakins mentions that he first started with zoom lenses during his documentary years, but quickly shifted to prime lenses for narrative work. He would rather move that camera toward a subject in order to re-frame. Or even dolly in during the scene to create an emotional response that the film needs. We’ll elaborate more on this in the next section.

In the video, Deakins mentions using 32mm or 35mm lenses for Standard (or Normal) shots. While Mid Shots (or Mediums) are usually shot in 35mm or 40mm, and close-ups range from 50mm to 65mm or 75mm, depending on how extreme he wants it to be.

But like we discussed above, these are just rules. And what do we do with rules once we’ve learned them?

Emmanuel Lubezki shot The Revenant on a 12mm and 14mm lens. Sam Mendes and Roger Deakins shot the film 1917 on a single lens — a 40mm prime. Whatever rules we learn in school, or read about in books, are just a common language that helps us understand the importance properly telling a story. After a cinematographer discovers this, those rules he initially learned become nothing more than a hindrance. But what does this have to do with what lenses to use? A cinematographers lens choice must be balanced with the perspective of the film in order to create intention. Not only in the story, but in the characters as well.

The importance of intention elevates a film beyond a mere image with audio. For example, when composing for a scene that has a single POV character, consider shooting them on a wider lens. Combine this with a longer lens to shoot the supporting character, and you create dimension within their conversation. The audience feels one character looking at another.

Lens choice is also very evident in classic films as well. Roger Deakins discusses how directors of that era didn’t have the technology to support standard coverage that is seen in modern film. They were forced to create their stories by experimenting with composition and lenses in order to achieve the intention their films demanded. These classic compositions are copied in modern films to this day.

This experimentation can be taken a step further in the modern era. Filters of all kinds, vintage lenses adapted to all sorts of cameras, and modern lenses so precision they capture perfect images. The single most important thing when choosing a lens for cinema projects is the intention behind the moment you are trying to create. Roger Deakins states that while he hates lens breathing and putting filters on his lenses. But when the story calls for it, he’ll break all his rules.

Unfortunately, if you came here to find a literal focal length or lens brand, you’re out of luck. Yes, we did mention different focal lengths for certain compositions, but then contradicted ourselves in the next paragraph. Cinematography can be a very technical art form, yet at the end of the day, it is still art. Emmanuel Lubezki, Bradford Young, and Roger Deakins have all played by the rules and then broken them. They do this not because of ego or boredom, but because art demands that we keep pushing boundaries. That we treat filmmaking not as a rule book but as an expression of our emotions, ideas, and stories.

If you’d like to learn more from Roger Deakins, have a listen to his podcast or join his forums via his website! Both are a treasure trove of information for young and veteran filmmakers alike.

Have you broken cinematography rules while shooting a narrative project? Did you find that your lens choice benefited the story more when you followed the rules? Lets us know about your experience down in the comments!