Woman sues McDonalds, claims she broke Lent fasting because of a burger photo 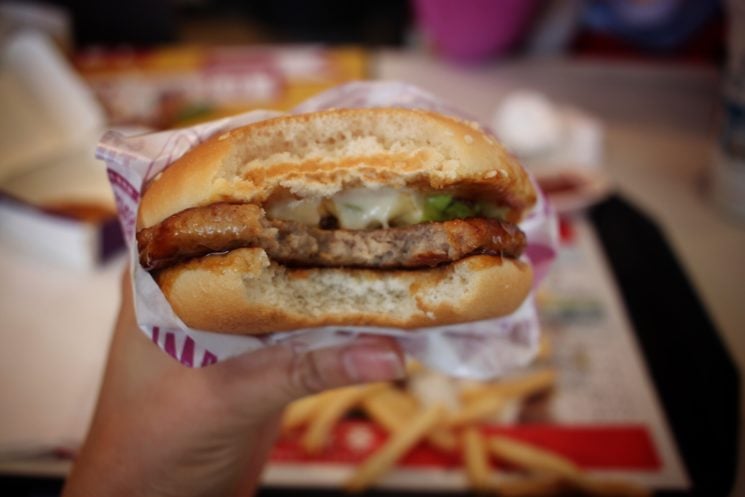 A woman from Russia has filed the most ridiculous lawsuit I’ve heard of this year. She sued McDonald’s over a photo ad of a burger, claiming that it was so tempting that it made her break the fast during Lent.

Ksenia Ovchinnikova from Omsk is an Orthodox Christian who allegedly broke her fasting because she couldn’t resist the McDonald’s ad featuring a cheeseburger and chicken nuggets. Orthodox Christians withhold from meat and other animal products for six weeks before Easter and Christmas, and Ovchinnikova broke the Lent before Easter 2019. She said that she’d been able to fast for the entire Lent for 16 years before the ad made her break it, RIA Novosti reports. Apparently, Ovchinnikova is the only person on the planet who still believes those burger ads are real.

The point of Lent is not to become vegan for 40 days, but not to succumb to temptations. Ovchinnikova apparently failed, which is okay, to err is human. However, she probably needed someone to blame other than herself. The woman reportedly decided to file a lawsuit and sue McDonald’s for, check this out: 1,000 rubles. That’s $14 (yes, fourteen dollars).

I’m pretty sure she has no chance of winning this lawsuit. But even if a miracle happens and McDonald’s is forced to pay her the $14, I hope they’ll have enough left to give their food photographer a nice raise.

How to send View Once photos or videos in WhatsApp

OnePlus 6 and 6T get a new Android 11 Open Beta