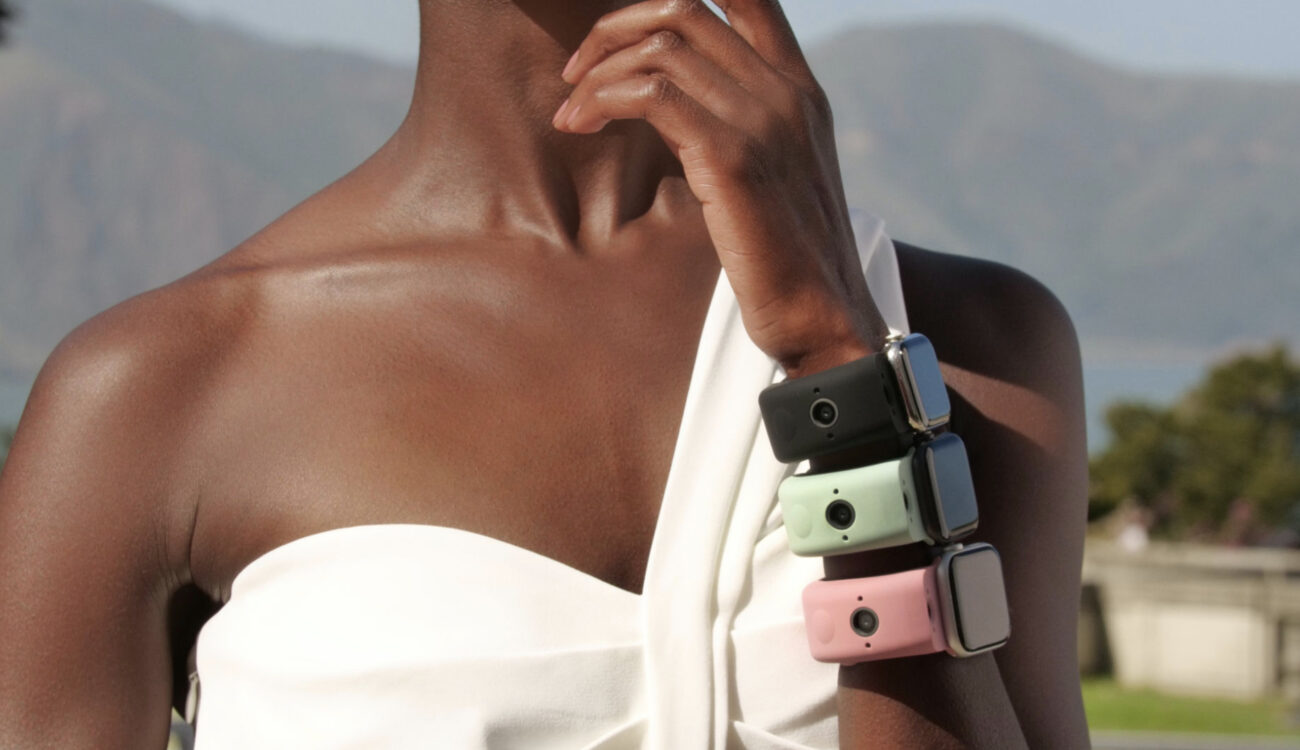 It was always strange to see people talk into their Apple Watch after cellular connections were added to the feature set. But thanks to the Silicon Valley start-up Wristcam, the Inspector Gadget memes will without a doubt start piling up.

Wristcam say they are giving the Apple Watch the one feature it hasn’t got: vision. It has two cameras built in a bulging watch strap; the strap and the two–camera housing are together only 35g, so not too much extra weight to carry around. The 44mm Apple Watch 6 is 47.1g, 82g altogether, so not really a problem.

Wristcam connects via Bluetooth and is charged independently, so it won’t drain your batteries. It also syncs with your iPhone, meaning all your footage is stored in your iPhone gallery.

How good are Wristcam’s cameras?

Ideal for FaceTiming, or taking selfies, the cameras are arranged in a way to easily navigate between looking out or forward, depending on how you turn your wrist. Not sure how long you will be able to hold your wrist straight without getting some kind of RSI aches but in the age of Snapchat and TikTok attention spans are in Wristcam’s favor.

I think you’ll have to manage expectations with the quality of the video and just enjoy the experience. Both cameras offer HD quality but default to 720p, which in my day was called ‘super SD’. The outward-facing camera has an 8-megapixel sensor with the self-facing one a 2-megapixel spec. All photos and videos are saved to an onboard 8GB flash drive. Audio is via a built-in microphone.

According to Wristcam, all Apple Watches with WatchOS 6 or higher will be able to use the device. But, before Apple Watch 3, Bluetooth 4.2 was used, since Apple Watch 3 Bluetooth was updated to version 5. So there will be a slower response time with the older models. Wristcam has an IP68 protection rating so wherever your Apple Watch goes, your Wristcam should happily survive.

The biggest concern in my opinion is that the Wristcam may be seen as a surveillance device. I’m not sure there willl be many sales in Sweden as they took one look at drones and banned them, classing them as a sniper’s tool. Wristcam has countered this with some bright LEDs that switch on when you’re capturing anything. I think that will just bring more attention to them but at least the company is trying to think of everything.

The Wristcam is available for $299, and can be purchased now.

Would you buy a Wristcam for your Apple Watch or is this taking things a step too far? Let us know below in the comments.

How to pay your cryptocurrency taxes in 2021? (Promoted)