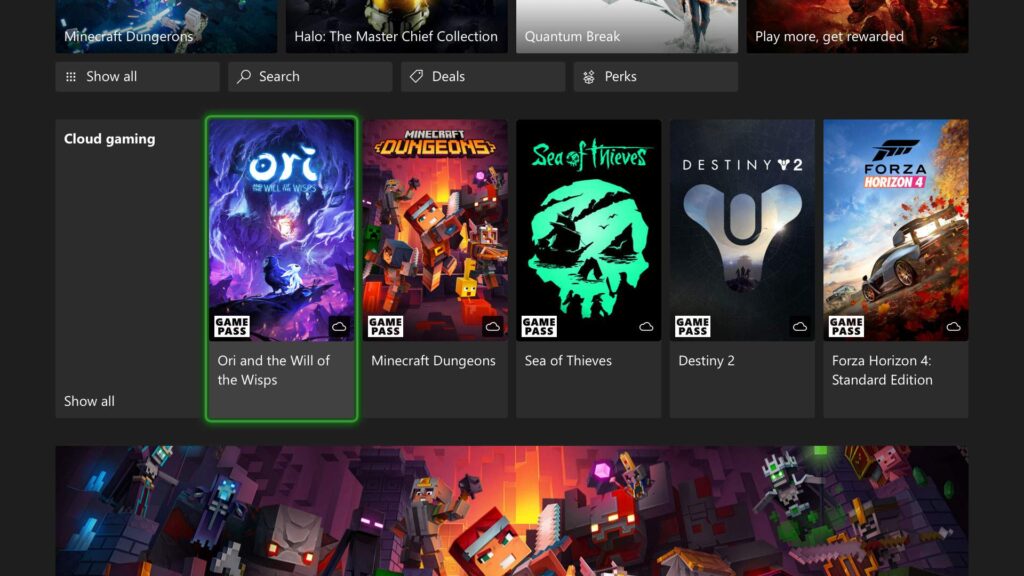 Microsoft has announced its Xbox Cloud Gaming platform (aka xCloud) is coming to Xbox consoles later this year, which is great news for gamers with limited hard-drive space.

Until now, the cloud technology has been geared towards helping users experience high-end gaming experiences beyond the powerful Xbox consoles, as back-end server hardware does all of the heavy lifting.

That’ll change “this holiday season” (apologies for the Americanism), when Microsoft updates the Xbox dashboard on Series X/S and the Xbox One console. Here’s the trailer:

Naturally, those console owners will still need to be Game Pass Ultimate subscribers to access the cloud games, but compatible games – identifiable by a cloud icon – will soon be available to stream as well as download. During the Xbox @ Gamescom 2021 stream on Wednesday, Microsoft said that 100 Game Pass titles will be part of the rollout, with multiplayer integration.

With download sizes bigger than ever for next-generation gaming experiences, and most hard-drives capped at 1TB, this will have multiple positive effects for gamers moving forward.

It’ll also mean that those yet to get a next-gen Xbox, will be able to play games like Microsoft Flight Simulator on an Xbox One. Microsoft does say games will support up to 1080p at 60fps to ensure a consistent experience for all.

“Bottom line? Cloud gaming on your console further reduces your time to fun! All you have to do is navigate to Xbox Game Pass and look for games with the cloud icon,” Microsoft says in a blog post.

We’ll have more from the Xbox live stream at Gamescom throughout the evening.