Xbox Night Mode Offers An Array Of Customization, How It Works?

Newfangled mobile phones and tablets come with Night Mode feature that tints the phone’s display yellow. Aside from being easier on the eyes, this helps your brain get ready to get some shut-eye. Window Central’s Senior Editor Jez Corden said he has been using the settings on his devices for quite some time now but to no avail. Now, Microsoft is gearing up to jump on the night mode bandwagon.

The American tech behemoth is currently working on a new night mode that will be made available on its Xbox consoles. On August 6, Microsoft started testing the aforesaid night mode in collaboration with Xbox Insiders Alpha Skip-Ahead ring. The Night Mode setting boasts an impressive array of features that helps your circadian rhythm. The setting makes the screen look a little orange. 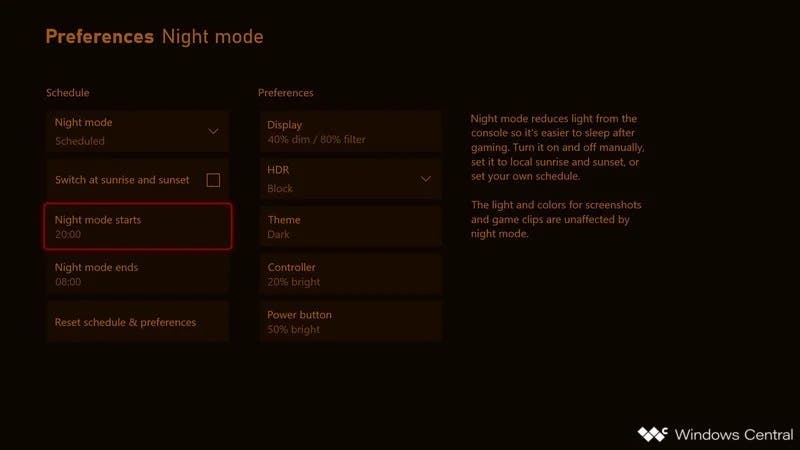 You can access and configure the new night mode without breaking a sweat. It is worth mentioning here that the feature was only available to Xbox Insiders at the time of writing. To access night mode, hit the Xbox button on your controller to open the Guide menu. The Setting Menu can be found on the right. The next step involves going down to Preferences and selecting Night mode. 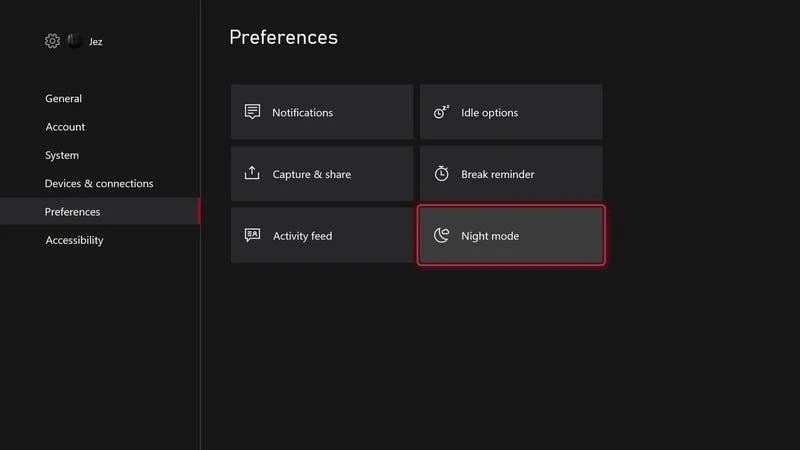 As mentioned earlier, the night mode feature offers a slew of customization. It boasts various dimming levels, along with an optional blue light filter. Furthermore, Microsoft has enabled Xbox owners to customize their controllers by allowing them to dim their controller’s LED brightness in the night mode. Moreover, they can dim or turn off the power button light of their Xbox.

Microsoft is giving users several tools that they can play with to set schedules, dim LEDs on the hardware, adjust console theme, and do a lot more. After activating the night mode, you can fix a time for turning it on, and turning it off. Aside from that, it can be set up to adjust at sunset or sunrise depending on the current time of year. The amount of filtering and dimming can be adjusted too.

You can set the console to obstruct HDR, which blocks bright highlights. You can set this to a toggle between a light theme or a dark theme. This depends on the time of the day. Users can set to dim the lights on their power button, as well as their controller. The night mode is an uber-cool Xbox feature. Microsoft has left no stone unturned in a bid to make it advantageous to users.