Xiaomi Avoids Under-Display Camera Issues, Hides One in Bezel Instead 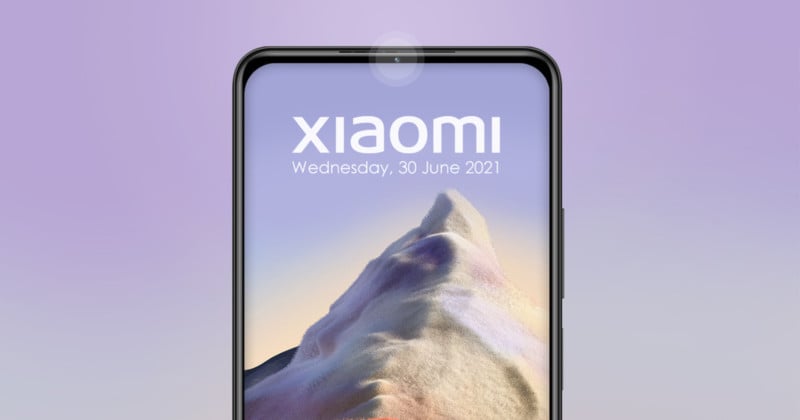 Multiple manufacturers are currently attempting to solve problems with a smartphone’s front-facing camera. Current devices generally use a notch or hole-punch, but to keep a display seamless some are trying to hide them under the display itself. Xiaomi thinks there might be a better way.

Hiding a camera under the display has been a recently popular way to try and make a seamless smartphone display. Oppo has been working on an under-display camera solution as far back as 2019, and Google has already patented a unique solution to the same problem. Even Xiaomi has tinkered with an under-display solution.

The only manufacturer that has actually delivered an under-display camera is ZTE with its Axon 20 5G. Unfortunately, there are pitfalls to this design, and ZTE’s version does not provide particularly good image quality. That said, there are rumors that suggest the company is already close to a second iteration of the design.

Instead of trying to deal with these problems, Xiaomi has instead decided to address the issue a different way: by hiding the camera in the display bezel. 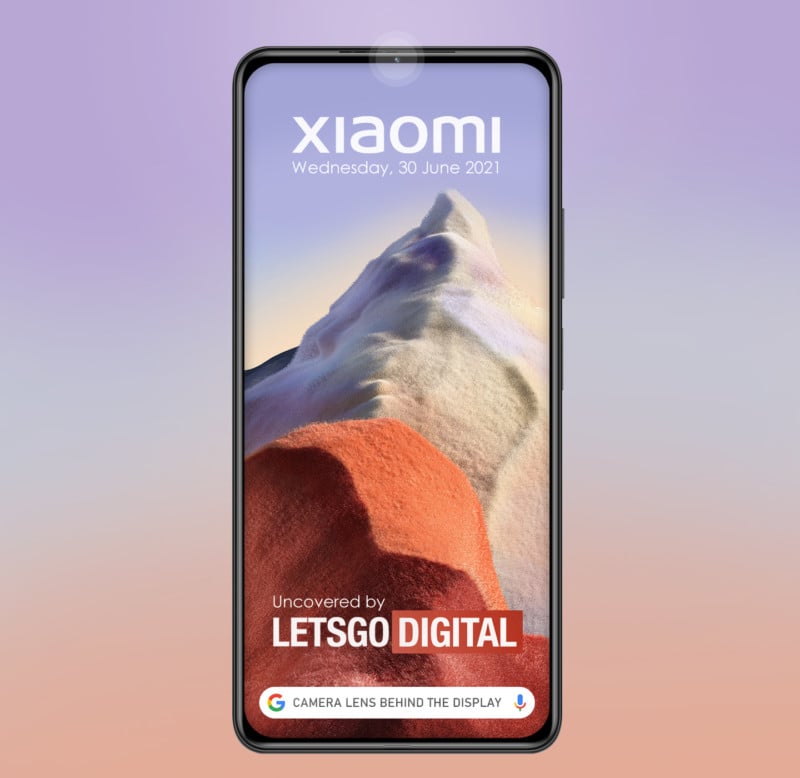 As found and illustrated by LetsGoDigital, Xiaomi has patented a design that would hide a tiny camera in the thin space between the display and the top of the camera, an area that usually goes unused except for an earpiece. While technically the camera would still exist behind the display, this method would allow it to gather light in the space between the display and the edge of the smartphone and avoid the obstructions of the actual LCD display that plagues other under-display designs.

This method would allow Xiaomi to avoid the research and development necessary to get full under-display cameras to work well, which means that integrating the camera into the bezel would be a lot less expensive. LetsGoDigital also asserts that not only would this be more affordable than under-display tech, it would also be cheaper than current hole-punch or notch methods. That, and it would still have the advantage of being a lot less noticeable — the real end goal. 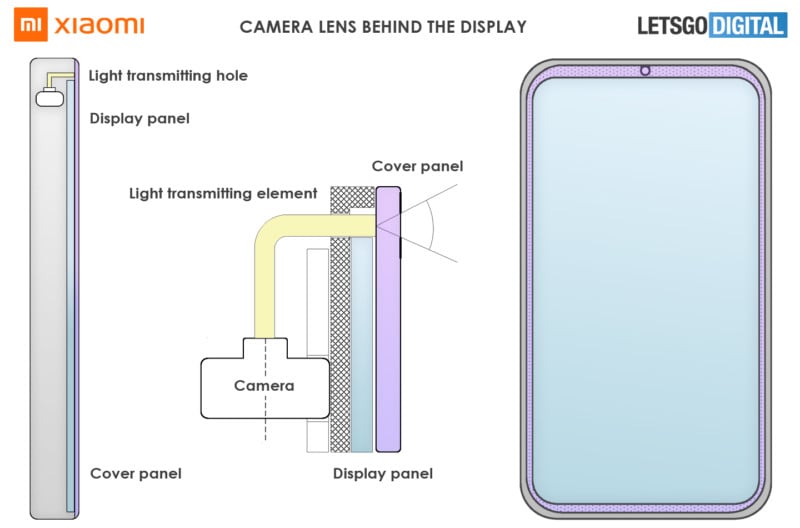 Xiaomi’s particular patent describes a transparent area over the camera in the screen edge so that light can pass through the display panel, through the translucent element, and onto the camera lens. Optical fibers are used for the light-transmitting element, though a prism could also be used.

Sister-companies Oppo and OnePlus have both also shown interest in pursuing in-bezel cameras, but none of the companies have released a finished product integrating the concept yet. It is unclear if there are other drawbacks to the design that have thus far prevented its implementation.

Free apps of the week: Hurry up, these 31 paid apps are temporarily free!