The Chinese company Xiaomi, according to network sources, may soon release a smartphone with a flexible display, made in the clamshell form factor.

According to LetsGoDigital, a description of the smartphone appeared on the website of the China’s National Intellectual Property Administration (CNIPA). Outwardly, the device resembles Samsung Galaxy Z Flip and Motorola razr devices. 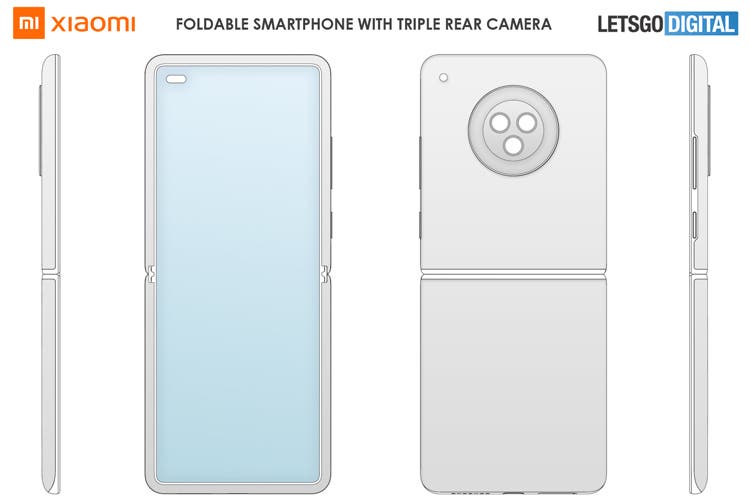 The Xiaomi smartphone will receive a flexible display that folds into the body. In the upper left corner of this panel, you can see the oblong hole for the dual front camera.

In the back of the case, there is a multi-module chamber enclosed in a circular area. The illustration shows a system of three optical elements, but the configuration may be different. 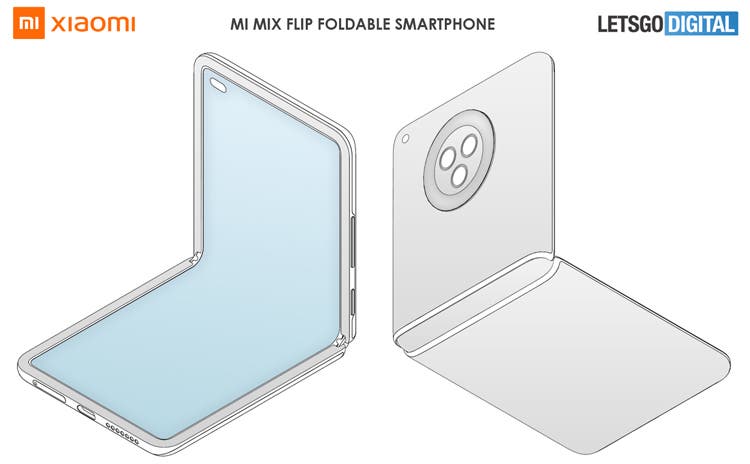 The device does not have an external auxiliary display visible. In one of the side parts, there are physical control buttons, on the bottom there is a USB Type-C port and a SIM card slot.

There is a possibility that Xiaomi will present a smartphone with the described design before the end of this year.

Xiaomi patented a smartphone sliding on both sides

The United States Patent and Trademark Office (USPTO) has released the documentation of the Chinese company Xiaomi on an unusual smartphone equipped with a flexible display.

We are talking about a device with a roll-up screen hidden inside the case. Moreover, the device will move apart from two sides – left and right. 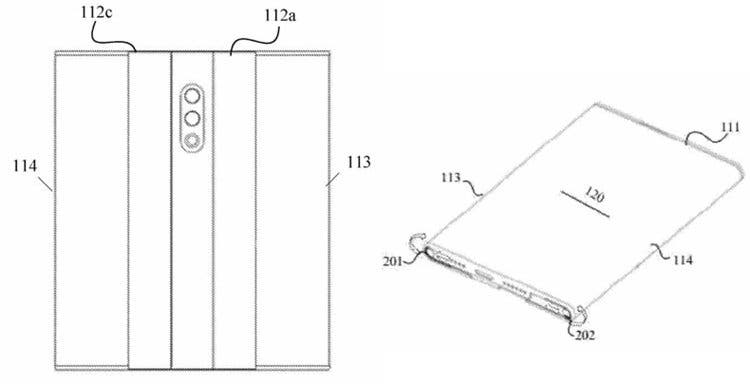 Thus, different modes of operation can be realized. For example, by stretching out only one part of the display, the user can transform the smartphone into a device with a 16:9 aspect ratio for viewing video materials. And by expanding both segments, you can get a small tablet for drawing or reading e-books.

The patent images show that a multi-module camera is located in the back of the gadget. Its components are lined up vertically in the center of the body.

Front camera not shown. Perhaps Xiaomi is planning to place it directly behind a flexible display. In addition, a fingerprint scanner can be built into the screen area.

So far, unfortunately, it is not clear when such a device may appear on the commercial market.

It is worth mentioning that according to a recent patent, Xiaomi suggests integrating a selfie module into a narrow bezel above the display. In this case, it will be possible to save the panel from a cutout or hole and not use a hidden subscreen camera.

So when is the Canon EOS R3 coming? | Canon Rumors