This morning, a Weibo tipster revealed that the Xiaomi Mi Pad 5 series had officially entered the Ministry of Industry and Information Technology database. The version we are talking about comes with a Snapdragon 870 processor. But we also heard that there would be a version with a Snapdragon 860 in the future, and not only that.

The entry into the Internet by the Ministry of Industry and Information Technology proves that this long-awaited Xiaomi tablet will appear on the shelves soon. A few days ago, we learned that it will hit the market in mid-to-late August and will go on sale before September. 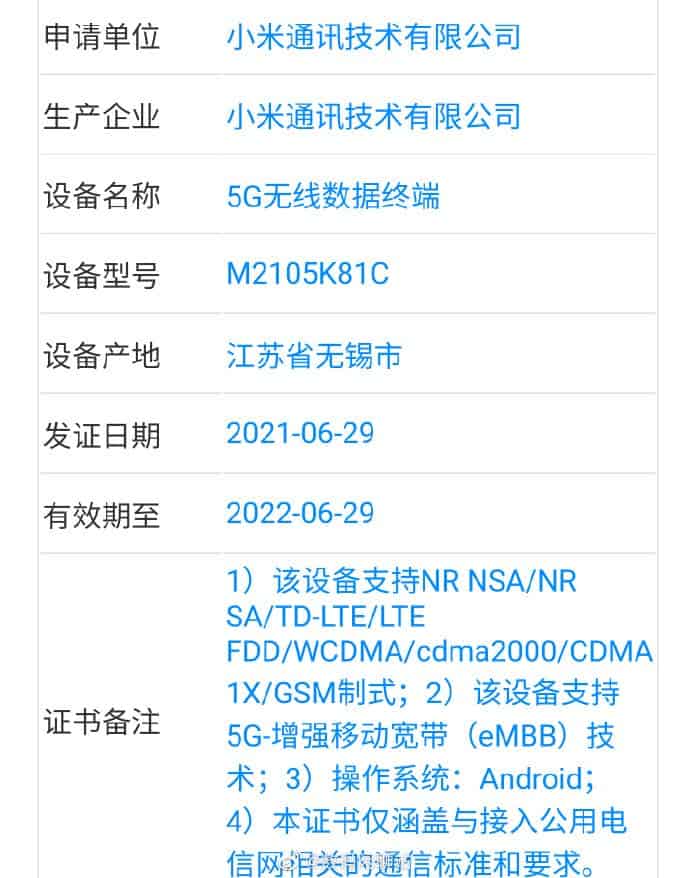 As the launch date is getting closer, it’s logical we have been hearing much about the Xiaomi Mi Pad 5 recently. So apart from the Snapdragon 870, we also know that it will adopt a full-screen solution without openings. The LCD screen will have a size of 11 inches and a resolution of 2560×1600 pixels. The rest of the screen parameters are also outstanding – 120Hz refresh rate, 240Hz touch sampling rate, 4096-level touch, and In-Cell active pen technology, which is comparable to iPad Pro.

This is also consistent with the accessories information that have been exposed a few days ago. If you remember, the side of the keyboard case was showing a groove for placing a stylus. Unfortunately, the images also showed that the tablet may not support the magnetic connection with the stylus.

Moreover, in this and previously leaked photos, we can see that the design of the rear camera is exactly the same. It uses a square rectangular rear camera module, which looks very similar to the iPad Pro similar.

In addition, the previous renderings also show that the back of the Mi Pad 5 adopts a family-style design similar to that of Mi 11. The rear camera adopts a rectangular and big eye arrangement. At the same time, the brand new Xiaomi logo also appears on the back cover. And we can see that the machine may adopt a metal middle frame + glass back shell design.

Well, this is not the only news we got today about the Xiaomi Mi Pad 5 series. However, before talking about other models from this series, we should recall the Huawei MatePad 11, which was released yesterday. We mean the Mi Pad 5 is going to become a close rival to the MatePad 11. But as said, it is also going to compete with the iPad Pro. Huawei has managed to release up to 3 tablets for various categories. So if Xiaomi wants to make a tough competition, it should bring more than one tablet product to the market. Plus, besides these brands, VIVO and OnePlus are also working on their own tablet products.

After knowing this, it’s logical that Xiaomi will also release a higher version at the end of December. As you guess, we are talking about the so-called Xiaomi Mi Pad 5 Pro. It will come with a 12-inch OLED high refresh rate screen. And this is the variant that is going to fight against the iPad Pro.

Interestingly, inside, the tablet will carry the current Qualcomm flagship chip dubbed the Snapdragon 888 Plus. Of course, this has not been confirmed officially yet. But once it happens, the Xiaomi tablet will become as powerful as Android camp toppest smartphones.