We have heard news about the Xiaomi tablet resurrection long ago. Moreover, we knew, at least, one model will be a true flagship tablet. If nothing accidental, the upcoming Xiaomi Mi Pad 5 was promised to make a tough competition to the iPad Pro and the Huawei MatePad 11.

All previous leaks prove that the Xiaomi Mi Pad 5 will sport the Snapdragon 870 processor. And though it’s not the top-end Snapdragon 888, this is the most popular Android processor in the global market this year. The main reason behind this is that it has a lower price but inherits almost all key parameters of the flagship model. In other words, regardless its relatively low price, this chip has a strong performance and can balance power consumption and heat.

It is worth mentioning that Xiaomi will not only launch one product, but will come in with three models. The vanilla version will be considered to be a mid-range tablet; the Pro variant should be a flagship (or pseudo-flagship) model; and the Lite (we assume) variant will be a low-end model. 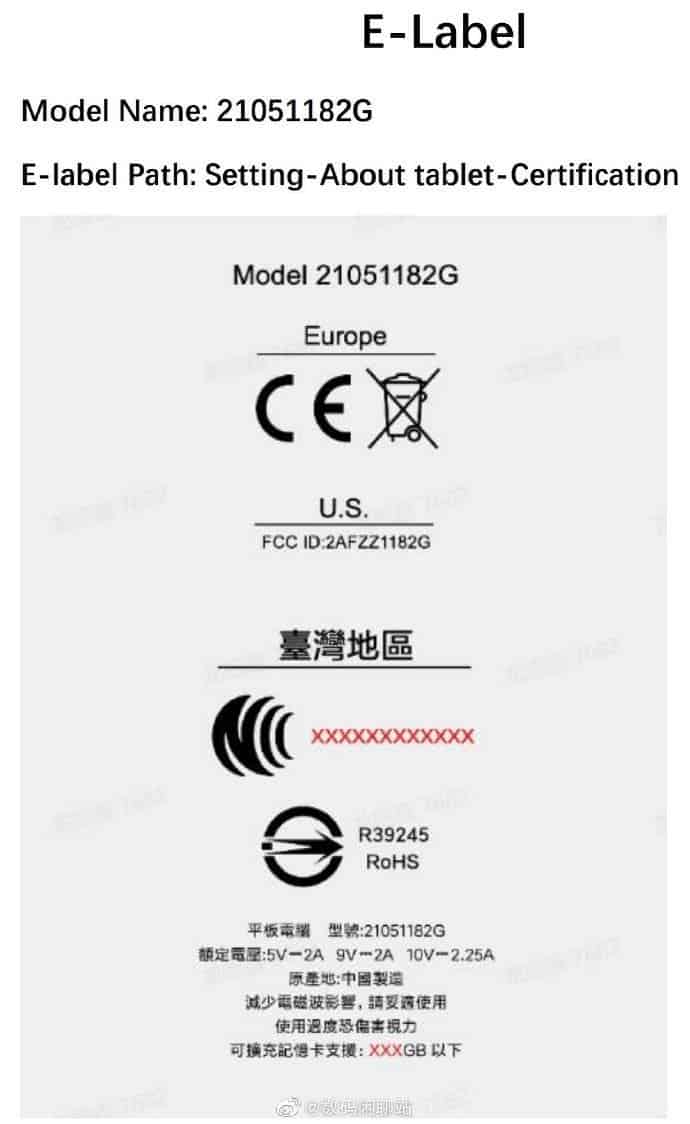 Today, a Weibo tipster said that Xiaomi Mi Pad 5 has got an FCC certification. Thus, this tablet will go on sale in the US besides the Chinese market. We guess this is going to be the vanilla version of the Xiaomi Mi Pad 5. 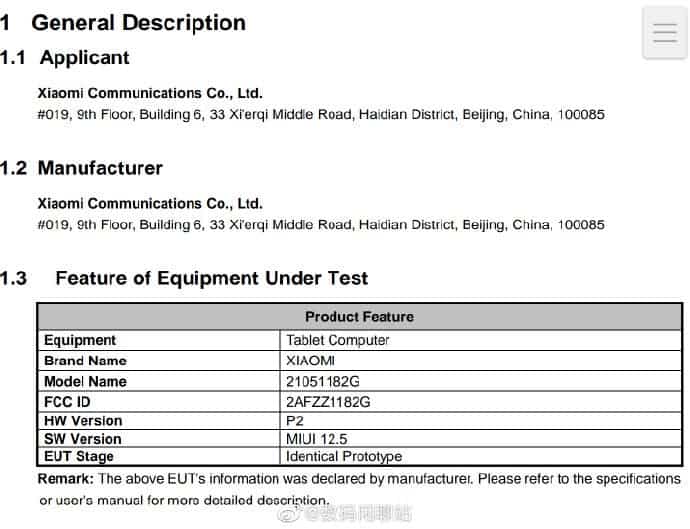 According to the FCC documentations, the alleged Xiaomi Mi Pad 5 will come with a Snapdragon 860 processor, a 12-megapixel main camera, a 22.5W charger, and MIUI 12.5 out of the box.

As for the screen, this Xiaomi tablet coming with the Snapdragon 860 seems to have the same screen as the previous leaked Snapdragon 870. Thus, both models will sport a 10.95-inch 2K+120Hz high-refresh rate full-screen with no openings.

Prior to this, we heard that this screen uses an ultra-high-quality LCD panel with a resolution of 2560*1600. Plus, it will support a 120Hz refresh rate and a 240Hz touch sampling rate. But more interestingly, it will come with a 4096-level touch support and In-Cell active pen technology. Thus, its screen parameters are comparable to the iPad Pro.

By the way, the so-called Xiaomi Mi Pad 5 Lite will come with a Snapdragon 768G chip.

At last, it is worth mentioning that the blogger also revealed that the price of this brand-new Xiaomi tablet. He said that it may cost less than 1999 yuan ($309). When taking into consideration this, it stylus support and other leaked parameters, we have every reason to think it is a learning tablet mainly for students.

The Mi Pad 5 series is expected to hit the market in August this year.