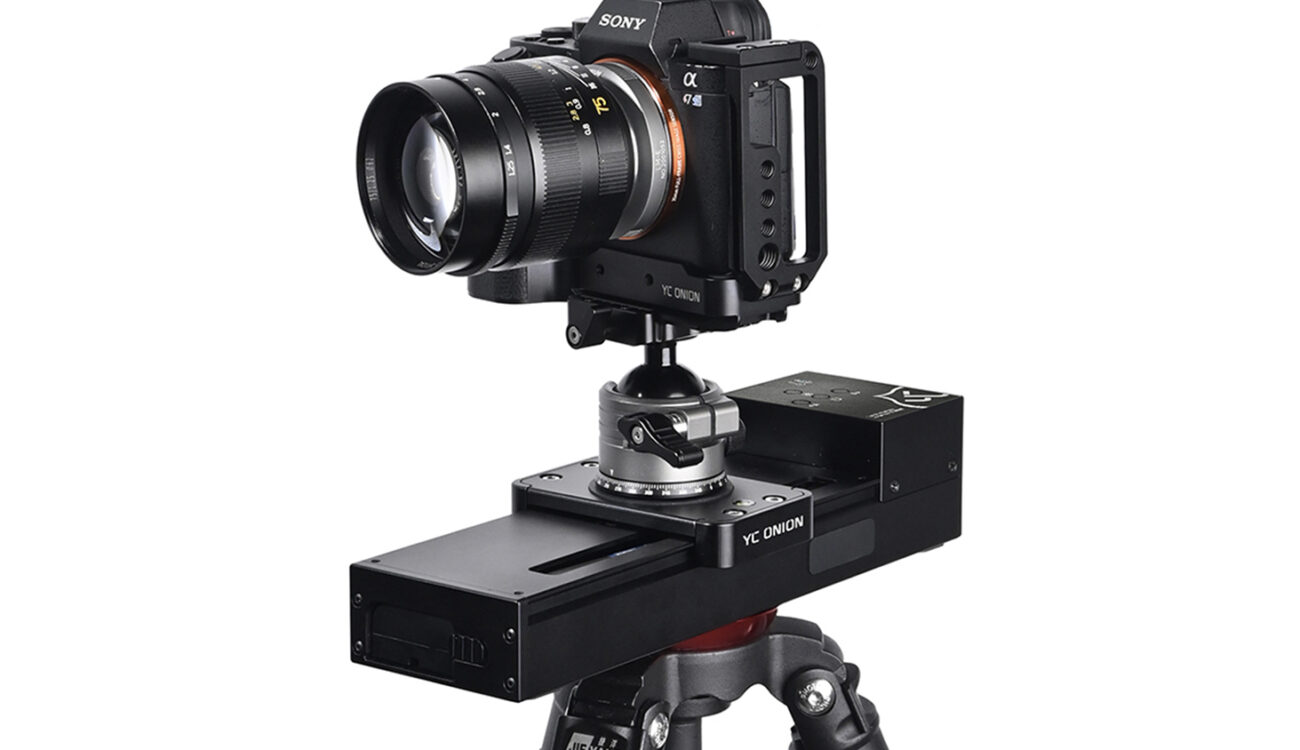 YC Onion has made some waves with its priority on intelligent motion control systems and lighting equipment. Their quirky approach of naming their products after food makes their focus evident, filming small spaces filled with small subjects. Be it food, small products, or even miniatures. With the YC Onion CHOCOLATE SE Slider, the young team is bringing big things to small productions on a budget.

Recently, CineD covered the YC Onion CHIPS Motorized Slider. Crowdfunded via Indiegogo, the 5-axis motion control slider, provided integration with DJI and Zhiyun gimbals. The more portable little brother, the YC Onion CHOCOLATE SE Slider, comes in a much smaller package at almost half the cost, but still, it is going to pair with FeiyuTech Pocket 2S which is now launching on Indiegogo.

Whatever you are looking for in a slider, the CHOCOLATE Slider is a tool that comes with a lot of versatility for its size. Especially for solo creators looking to expand their production value. Via the YC Onion app, operators can easily switch between video or time-lapse mode. If you don’t like using your phone during shoots, the slider can also be controlled manually with built-in controls. For power, a Sony NP-550 battery provides up to 6 hours of run time. However, if the need arises, the CHOCOLATE SE can be powered by a 1000 mAh power bank to increase the time to 15 hours. That can capture a full night timelapse in one go!

Coming in at $269, the YC Onion CHOCOLATE SE Slider isn’t the cheapest on the market, but it gets dang close. What really makes it stand out among its price point, is the size. At roughly 10×2 inches, the little brother to the CHIPS slider provides 6 inches (or 15 centimeters) of travel. While not a lot compared to other sliders, this is a perfect fit for capturing dioramas, small space time-lapses, or even food products. But creators aren’t limited to small spaces. With enough creativity, there’s a lot you can do with 6 inches.

Movement in all directions

The CHOCOLATE has a silicon pad on the bottom that will keep it steady on almost any surface. However, it can be mounted to a tripod to provide vertical or diagonal travel. According to YC Onion, users will have a whopping 44 lb (or 20kg) of horizontal payload capacity while in desktop mode. When used in Tripod and Ballhead Mode, the horizontal payload is reduced to 6.6lb (or 3kg). For vertical shooting, YC Onion states a payload of 5.5lb (or 2.5kg) at 90 degrees and 7.7lb (or 3.5kg) at 45 degrees. Some users might feel these payload limits contradict one another, so some testing will have to be done.

Together with this tiny slider, YC Onion introduced a new motorized pan head. Weight at only 534g, this Aluminum Alloy head can help with extending possibilities when executing your creative ideas. According to YC Onion, the operation of this head is extremely easy and the ultra-high horizontal payload is 15kg! (vertical, 3kg).

In terms of connectivity, Bluetooth and a physical 2.5 shutter cable interface (compatible with most cameras) will ensure reliable connectivity to your mobile phone and/or camera. The head is powered via a single Sony NP-Fxxx battery and there is a way to connect the head to an external power bank via the USB-C connector (around 20 hours of operating time when using a 10000hAm power bank vs. around 5 hours when using a Sony NP-F550 battery).

Multiple shooting modes are available when using the BURGER SE motorized head. “Panoramic”, “Left/right tracking”, and maybe the most desirable being “Following”, are all available to ensure additional creative filming possibilities.

The suggested retail price for the BURGER SE is $199.

So, should you buy the Chocolate SE Slider?

Once upon a time, motorized sliders were expensive and heavy. But this is a new decade, the golden age of camera gear refusing to slow down. YC Onion provides unique tools at very attractive price points. Giving creators, cinematographers, and filmmakers alike new opportunities to stretch their budget and provide amazing production value to their projects. Is the YC Onion CHOCOLATE SE right for you? That’s up to you to decide. But at its current price point, creators would be remiss to not consider tools such as this slider for their creative endeavors.

What are your thoughts on this tiny slider? Is it something that would be a perfect fit to your kit? Let us know in the comments!