You should probably watch the Spider-Man: No Way Home trailer right now 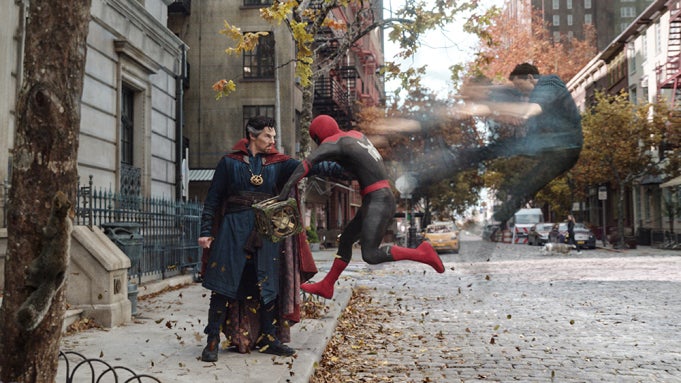 Sony Pictures has officially dropped the first trailer for the next Spider-Man film, No Way Home, following an unfortunate leak at the weekend.

The next Tom Holland-led flick will take its place as part of Phase 4 of the Marvel Cinematic Universe and hits cinemas on December 17.

It’s a direct sequel to 2019’s Far From Home, the last film in Phase 3 of the MCU. That film saw Peter attempt to face-up to the death of his mentor Tony Stark/Iron Man while continuing to work for S.H.I.E.L.D. At the end of the film, Spidey’s secret identity is revealed.

The first trailer for No Way Home will see Parker face-up to the fallout of his cover being blown, including being accused of causing the death of Quinten Beck / Mysterio.

Alongside Holland, The incredible Zendaya is back as MJ, as is the terrific Marisa Tomei who plays Aunt May. Benedict Cumberbatch’s Dr. Strange will play a major role, as Peter has enlisted him in an ill-fated attempt to undo some of the damage.

Apparently, the spell goes wrong (they were warned) and leads to the duo “tap into the stability of space time.” As Strange says “The Multiverse is a concept about which we know frighteningly little.” So, this film will unleash the multiverse we learned about in the Loki Disney Plus series. And, as the title would suggest, there’s No Way Home (although there probably is).

Oh, and as if that wasn’t enough, Doc Ock is back. And there’s also a hint the Green Goblin is back in the frame too. Tough times for your friendly neighbourhood Spider-Man, who enters the film as public enemy No.1.

Can Phase 4 of the Marvel Cinematic Universe really match the juggernaut of Phase 3? Is there really No Way Home for Spidey? Or will he find his way back to New York a hero once more. Let us know @trustedreviews on Twitter.

Instagram is Replacing Swipe-Up Links in Stories with Link Stickers